I feel like every post should start with the words “so many feelings.” Two years ago Mother’s Day was sad. Very sad. Our first IVF attempt failed and two days later I’m bombarded with half of my Facebook friends posting pictures of their chunky thighed babies celebrating a day I longed for. I wondered if I’d ever be a mom. The doubt. The worry. I remember feeling sorry for myself. And that’s an ugly feeling to have.

On Mother’s Day last year I was 34 weeks pregnant. It was confusing because does this count? Am I a mom? No? I remember feeling like, if this doesn’t count then what the hell am I avoiding cold cuts and alcohol for? Pretty sure it’s a sacrifice only a MOM would make.

Now. Here we are. With a… OMG… ONE YEAR OLD (post coming next week). Little did I know a few days after Mother’s Day last year Mr. Kent was going to surprise us as a bony thighed baby. Hell to the yah. I am so excited for brunch filled with mimosas and a happy baby next to me. Seriously, I am.

This year, as a new mom, I have compiled a list of what being a mom means to me. So far… at least in my first year.

What Being a Mom Means

One thought on “what being a mom means: the first year.” 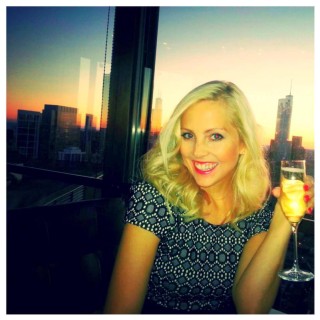 Hi! I'm Mallory! I'm a hot mess mom, infertility bitch-slapper, fitness enthusiast, and wife to a doctor. Join me as I curse my way through momhood. Oh, and I love #hashtags and #wine.